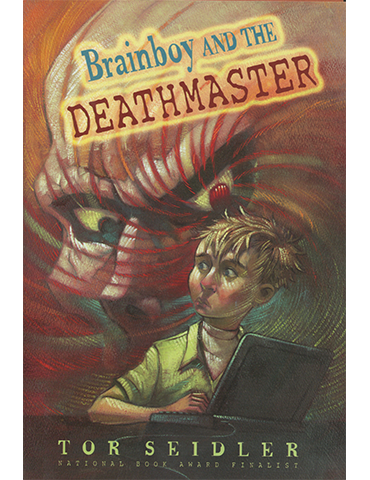 Brainboy and the Deathmaster
Published by HarperCollins

Darryl Kirby is an orphan. He’s also a whiz at computer games. But when Darryl plays a new version of his favorite game, StarMaster, strange things begin to happen. A mysterious message—“WANT TO PLAY?”—invites him to play a new game in which the stakes are higher than they appear—a game that eventually lands him in the luxurious Paradise Lab, where software guru Keith Masterly has enlisted a brain trust of children for a secret purpose of his own. With the help of his friend Nina, Darryl slowly uncovers a sinister plan and finds himself the star of his own real-life computer game.